Introducing DirectStream Junior (DSJ), a world class DAC based on the architecture of the Stereophile and Absolute Sound’s Product Of The Year, DirectStream. DSJ uses the same 20X upsampling FPGA architecture and customized code as PS Audio’s DirectStream DAC, and it is designed and built by the exact same team. The idea behind the DSJ was to offer near-identical performance at a fraction of the cost. How was this accomplished? Lower cost chassis and user interface. DSJ, like DirectStream, is hand-written, discrete, perfection based conversion that uncovers all the missing information hiding in your digital audio media for all these years. CD’s, downloads, high-resolution PCM or DSD based media are expertly upsampled in the DSJ to twenty times DSD rate and output as pure analog directly into your amplifier or preamplifier. Classic PCM-based DACS, including many of today’s DACS that can also process DSD, tend to cover up some of the subtle musical details buried deep within digital audio music; a problem inherent in their architecture. DSJ solves this problem by employing a pure DSD single-bit approach for both PCM as well as DSD media. This means that your entire library of music can finally reveal all the music and low-level details buried deep within its core – and now, at a more affordable price than its progenitor, DirectStream. Imagine going to a recording studio and listening to a master tape of any recording made. This is the experience DSJ affords its owners who enjoy a renewed sense of enjoyment and discovery when listening to everything in their library: CD’s, downloads, DSD. 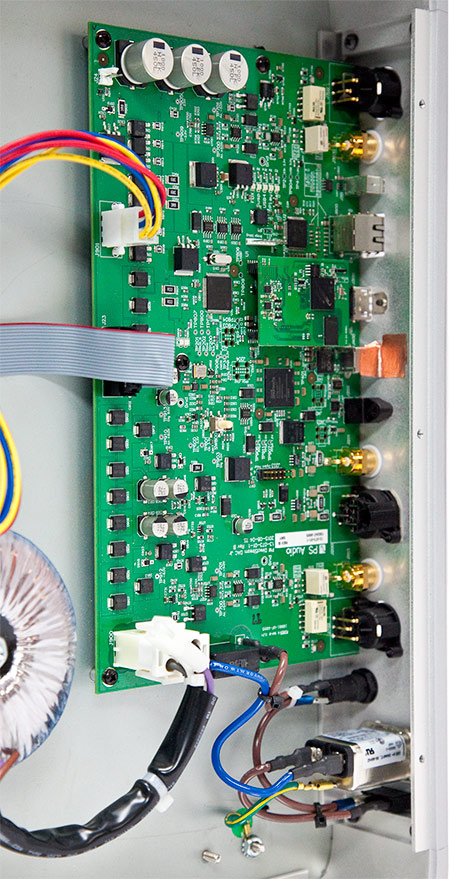 Pure 100% single bit DSD based D to A Converter


Most of today’s sophisticated DACs are IC based instruments using off-the-shelf-chips that are Multi-bit Sigma Delta based designs. While these are relatively simple to design and produce, they don’t often give the best results sonically. Because they are one-chip systems compromises are made in their architecture that are not found in DSJ’s custom based architecture. DSJ takes both PCM and DSD, upsamples the data and converts to single-bit DSD and then outputs pure music regardless of input format for the data. The results of this design can be heard in increased musical information presented to the listener at every opportunity.