Class A+ Stereophile rated DirectStream DAC converts any digital input format, such as PCM or DSD to a pure DSD stream and outputs near-perfect analog directly to your power amplifier or preamplifier. Whatever the format, whatever the sample rate, DirectStream is a pure DSD based solution that fulfills the promise of a high-resolution analog performance standard the originators of CDs promised over 30 years ago. Hear what’s been missing in your music for all these years. If you know the sound of music and instruments, and want to hear what’s been missing on your discs, then this DAC is right for you. 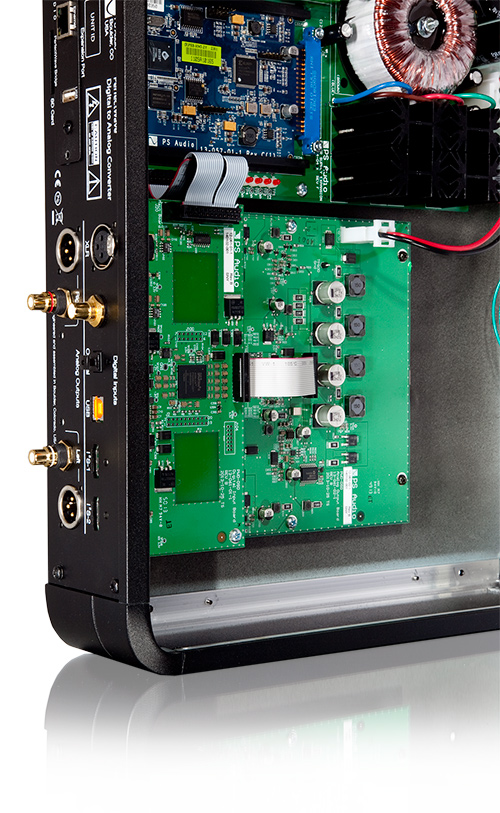 Pure 100% single bit DSD based D to A Converter


Most of today’s sophisticated DACs are IC based instruments using off-the-shelf-chips that are Multi-bit Sigma-Delta based designs. While these are relatively simple to design and produce, they don’t often give the best results sonically. Because they are one-chip systems compromises are made in their architecture that found in DirectStream’s custom based architecture. DirectStream takes both PCM and DSD, upsamples the data and converts to single-bit DSD and then outputs pure music regardless of input format for the data. The results of this design can be heard in increased musical information presented to the listener at every opportunity.