TDG Audio Skybar™, the World’s First In Ceiling Soundbar. Use three discrete boxes – One Skybar™ LCR and two Skybar™ Satellites to implement a full seven-channel immersive sound home theater. Inside the Skybar™ LCR are six 3” heavy duty, full range drivers – two for the left channel, two for the right channel, and two full-range along with a single 1” titanium dome pivoting tweeter for the center channel. The drivers are mounted on a 15 degree angled baffle to direct sound towards the audience when mounted in-ceiling, or left/right towards the audience when mounted in-wall. Flexible connections allow configuration of the Skybar™ LCR as either a complete left/right/center multi-channel setup – or the entire unit as one channel, perfect for larger listening areas.


The Skybar™ Satellite features two front firing 3” full range drivers and a 1” titanium dome pivoting tweeter for side or surround channels. A third 3” reflecting speaker is mounted into an angled channel to direct the waveform towards a wall or ceiling for more diffuse rear or height channels.

The Skybar™ Satelitte can be configured to provide only surround channel information, or both surround and rear or height channel information for a fully immersive home theater experience. Reconfigurations are accomplished by connections on the back panel of either Skybar™ LCR or Skybar™ Satellite. They easily allow single channel or multi-channel configuration with the flip of a switch. Each speaker features a fully sealed high grade MDF enclosure, precision punched steel baffle for maximum rigidity and come with a bezel-less paintable magnetic grill. 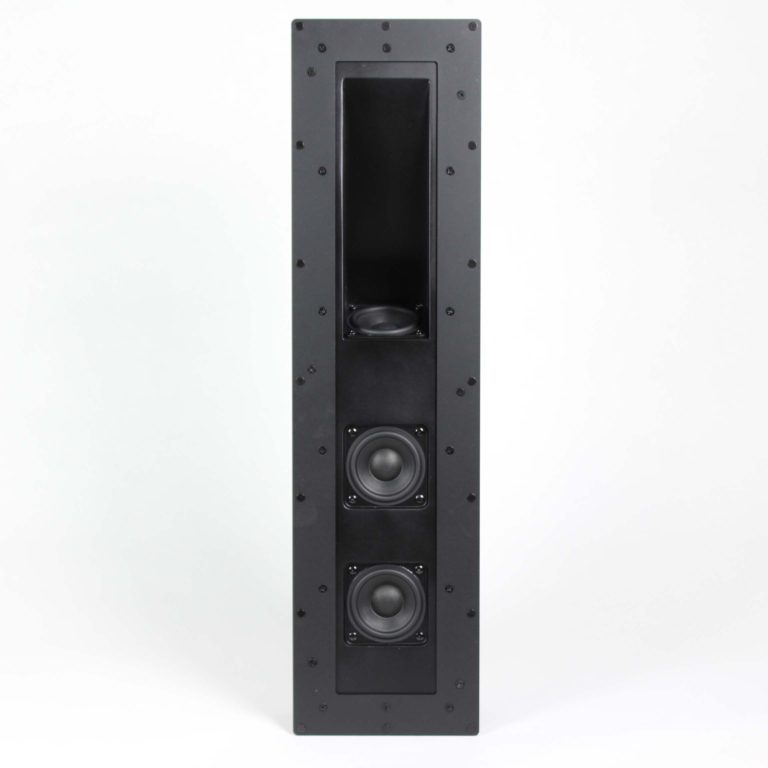